How To Tell If Someone Blocked Your Number Without Texting Them?

Do you want to find out how to tell if someone blocked your number without texting them? If you answered “yes,” then you are at the right place. Perhaps it is an old friend who no longer wishes to keep in touch with you or an ex who is not interested in rekindling the relationship.

If you continue receiving the same message whenever you dial their number, they will likely have blocked your text messages and phone calls. In such cases, all your calls will be routed to the recipient’s voicemail, and messages cannot be delivered.

Also, there is no direct method for determining how to tell if someone blocked your number without texting them. Nonetheless, it is possible to determine if your phone number has been secured with little investigation.

This post will show if you’ve been blocked without texting the person in question.

How to Know If Someone Blocked Your Number Without Texting Them?

Unfortunately, there is no way to know if your number has been blocked without calling the person in question. When you are blocked, you do not receive any notifications, text messages, or an error when you call them; it is all a matter of conjecture. Even calling them to see how many times it rings before going to voicemail does not confirm whether you’ve been blocked or not; it merely confirms your suspicion that you have been blocked.

You may have been banned if your text messages and phone calls do not reach their intended recipients. Even if you do not ask the person if you have been blocked, you can use the following method to determine if they appear as a suggested contact on your phone. If they do, this indicates you have not been blocked, so you have nothing to worry about.

Below are some ways which you can follow to check if someone blocked you:

Ask Them On WhatsApp:

Because blocking a number does not stop the number; it merely prevents the recipient from being notified when you call. If you want to confirm that you’ve been blocked without making a phone call, you can send them a message on WhatsApp since your number wouldn’t have been stopped there. Ask them, “Have you blocked me?”. If they also have you on other social media platforms, asking them if they’ve blocked your number seems less strange.

Call Them From Another Number:

You can also determine if you’ve been blocked by calling them with no caller id or an unknown number. Calling them with a friend’s number to see if the call goes through will also reveal whether or not your number has been blocked. This will only let you know that you’ve been blocked if you’ve previously called them and the call never went through; otherwise, it won’t tell you much. You would be better off asking them directly if they have blocked you.

If you doubt you have been blocked, try calling the blocker while concealing your phone number. Dial *67 before the ten-digit number and then press the call button to make an anonymous call from your iPhone. Then, during phone calls, deactivate the “Show My Caller ID” button to prevent your number from being displayed. Depending on your carrier, this feature may or may not be accessible. Therefore, you need to dial *67 whenever you want to conceal your phone number. 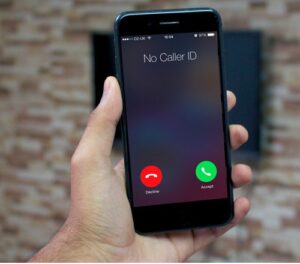 If the phone rings more than twice, you have likely been blocked. As “No Caller ID” will be displayed on the receiving device, the blocker may not answer the call. The majority of people no longer answer anonymous phone calls.

If you believe you have been blocked, you could ask a friend to contact or phone the person you believe has blocked you. In addition, if your friend’s messages or calls are received, it is evident that you have been banned. You can do it on your own by dialing a different phone number if you do not wish to ask anyone.

How To Get Around The Block?

The quickest and most convenient way to contact a person who has blocked your number is to borrow a phone from someone else and dial their number. Because your new phone number has not been blocked, the person on the other end will be able to hear you and will be more likely to answer your call. If you don’t want to borrow a phone from a friend, you can try the following:

If you know them in person, you could approach them and ask them why they are blocking you. If this is the case, you may inform them that they have the option to exclude your posts from their feed without altogether banning you. However, they may refuse to unblock you if they are angry with you or believe you have insulted them.

For whatever reason, some individuals conclude that they do not wish to associate with you. If so, demonstrate grace and leave them alone. If they are willing to have a conversation with you and eager to repair the relationship, you should be contrite and ask for forgiveness. It may take some time for you to reacquaint yourselves and resume your previous relationship.

Using a voicemail system, it is possible to record input. Which you can then send as a voicemail to a contact on your contact list. Consequently, others can listen to what you have to say without engaging in a dialogue with you. Which cannot result in conflict if you are not permitted to speak. 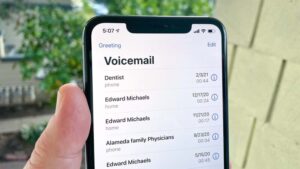 Our technologically advanced society has made communication so much simpler. However, it is also possible that you are blocked for personal or professional reasons.

Liquid Detected In Lightning Connector – Fixes You Should Try

Instagram User Not Found But Can See Profile Picture

Can’t Swipe On iPhone – Fixes You Should Try