Many Snapchat users raised question, “If I Delete Snapchat App What Happens”. This article is for you if you’ve been considering removing the Snapchat app on your mobile device but aren’t sure what will happen to your account when you do so. There could be a number of factors contributing to your decision to remove the application from your mobile device.

Once you’ve graduated from the “cool” Snap chatter era, the peppy and “colorful” wardrobe of Snapchat may no longer be as appealing to you. But it may become more irritating.

The temptation to delete Snapchat is great, whether it’s because of the app’s worn-out glitzy design or the seemingly endless stream of Snaps. 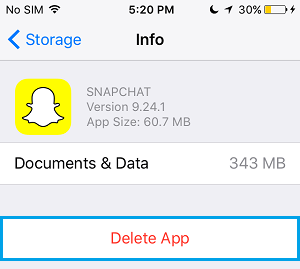 The fear that you would be missing out something amazing in the Snaps universe is unfortunately present whenever you entertain the idea of uninstalling the app.

Will I Lose My Snapchat Streak

Even if you erase Snapchat from your device, it will not cause the deletion of the account. If, on the other hand, you do not restart the device and send the streaks. They will be deleted after a period of twenty-four hours.

Take it this way: it does not make a difference whether you have the application or otherwise; all that matters would be that you reinstall it all and sent the streaks once every 24 hours. Or else you will lose all streaks you would’ve have gained if you had the app.

It is possible that your friends will continue to send you Snaps. But given that this is a two-way street, it will eventually come to an end. It is not in your best interest to delete the app if you’re concerned about losing your Snapstreaks.

Delete your account to erase it. For 30 days, it will be “deactivated” and inaccessible. After this, your account, streaks, friends, and discussions will be permanently deleted. Most streaks survive app removal.

Deleted apps are gone. If you don’t send streak or open others’ within 24 hours, they’ll disappear.

Will I Lose My Memories

Under the Memories tab on Snapchat, each of us saves a significant number of the snaps and movies that we generate. It keeps us readily available with the moments that have been made up to this point, and clearly, who wouldn’t want to carry those memories with them in their entirety?

Even if you uninstall Snapchat, your memories won’t be removed from your account, and they will continue to be accessible there. Simply reinstalling the application will allow you to regain access to them at any time.

However, before all of your memories and data on your account are removed from it permanently, you need to make sure that you reactivate the Snapchat account within the first thirty days after it has been deactivated.

Will I Lose My Messages

There will be no change to either the snaps you have sent or even the ones that have been sent to you in response. When you sent your snap to somebody and then removed the app after sending the snap. The receiver will be able to watch the snap even though you can no longer access it yourself. 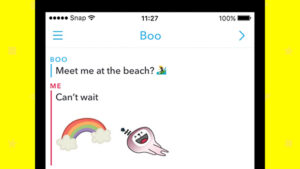 Will It Affect My Snapchat Profile

When you remove Snapchat, fortunately, your profile will not be affected in any way. Everything will be preserved, and every aspect of the profile will continue to behave in the same straightforward manner as before.

However, it is important to keep in mind that Snapchat has rules about a 24-hour limit. It indicates that any story posted through Snapchat friends will be deleted after twenty-four hours. And as a result, those friends will be unable to retrieve the data that has been deleted.

Will My Snapchat Friends Be Removed

Here is a step-by-step guide that will walk you through the process of reinstalling Snapchat on any device. Try it out and determine how you might achieve your goal without wasting any time.

Can People Still Message Me On Snapchat

Yes, all of your friends and anyone else who follows you on Snapchat will still be able to view your profile. They are able to send you messages or snaps, but they will not be notified of either of these events. When you begin using the app once more, the messages would be accessible to you. However, it is possible that it will take a bit of time for server to load all of the messages.

The answer to your query “If I Delete Snapchat App What Happens” is that nothing happens. As was mentioned at the beginning of this article. There are a variety of scenarios in which you might find it necessary to remove Snapchat from your mobile device.

How To View Snapchat Stories Without Being Friends?