The Number You Have Called Is Not Recognised

When you try to get in touch with an old buddy, you can get a message saying ” The Number You Have Called Is Not Recognised” yet the phone won’t actually ring. When you call another carrier, they may tell you that the number users have dialed does not exist or that it cannot be reached.

It is not typical to hear this tone. And normally, when someone’s phone is turned off, their call will either go straight to voicemail or, if they are unable to respond. It will ring a few times before going to an answerphone where you can leave a voicemail message. If you find that number you have dialed hasn’t been recognised. It is possible that you will conclude that receiver has blocked the number. This is because it is unusual to hear such a message.

What Is Meant By Unrecognized Number

A number that is not recognized signifies that it does not exist or is not being used in any communication. If you contact a faked number or a number that has a slight problem, these are the outcomes that you can expect. If a number is not currently not in use.

Why “The Number You Have Called Is Not Recognised” Occurs

The contact number that you are attempting to call does not correspond to a valid phone number that may be dialed. No one can call that number because it isn’t a real number and it hasn’t been assigned to a sim card. This is true regardless of the network provider that the person trying to call them is using or the area code that the person trying to dial that number may be in.

Maybe You Have Typed Incorrect Number

Receiver May Have Changed Carriers

In the event that an individual has switched carriers and you are trying to reach out to their number that’s been previously connected. It is possible that it will take a few days before their calls will once again begin connecting.

When someone switches carriers but wants to keep a same number. It can take several days to get everything set up correctly. During this period, if you try to call them. The answerphone will tell you that the number you’re trying to reach them at does not exist.

The Receiver May Didn’t Pay The Bill

If someone uses pay when you use and they run out of credit. Any calls that are made to that number will not recognise that number. Because of this, you have to ensure that you are calling these people who do have minutes or credit before you call them. Typically, carriers will disconnect numbers for customers who have run out of credit. And you will be able to reconnect with them once they have reestablished their credit. 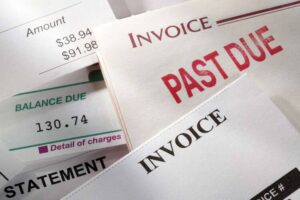 The Receiver May Have Changed His Number

If a person has changed their phone number. Then their previous number would no longer be active if they have ceased using it and informed their carrier about the change. Their carrier then will disconnect that number thus that it cannot longer be contacted. This is why you get the message that call is not recognized when you attempt to contact the number again after it has been disconnected.

You will need to make alternative arrangements to communicate with that individual. In order to acquire their most recent telephone number before your calls will be able to successfully connect with them again.

Their Mobile Number Has Been Spoofed

When telemarketers and spam callers set their phones. They don’t actually enter the number that they were given for their caller ID. Instead, they use a different number. This allows them to get around the “do not call” registration. That many nations maintain as either a list of those they are not allowed to contact by phone.

The whole goal of this is so you can’t trace where call came from. So if the caller id seems like a number you’re inclined to respond. Like 07 in the UK, you’re more likely to respond than 08 or 03, for example.

Telemarketers & spam callers be using a new number every time they call, making it impossible to ban them.

They Are Fleecing Someone Else

Some scammers take use of an automatic dialing system that contacts a series of random numbers in order. If you answer the call that the con artist is attempting to make. There is a chance that the con artist won’t be able to pick up because they are trying to con someone else on the other line. This is the reason the call won’t connect. But you will be informed that the number in question does in fact exist.

Because they are utilizing a Network service and have configured the call originating number to such a number that doesn’t exist. The number used by them to call you is often fake and spoofed. This is the reason why, when you phone them back, you are informed that number could be recognized.

In this article, we have mentioned different reasons why “The Number You Have Called Is Not Recognised” message occurs. Read the article thoroughly for better understanding.

Find Out If Someone Left Your Private Story On Snapchat